Skip to main content
Resources
Tips and Tricks on Saving and Budgeting for a Home, Preparing for an Appraisal, and more.

Housing-Market Surge Is Making the Cheapest Homes the Hottest

The red-hot U.S. housing market is giving an extra boost to the cheapest houses, including many in historically stagnant neighborhoods that have suffered from a lack of investment.

It is pushing forward efforts to revive the local economies of Detroit, Cleveland, Youngstown, Ohio, and other areas where homes can sell for as little as a few thousand dollars but typically require a lot of work to fix up and can’t be financed with a mortgage.

The pandemic has prompted wealthy buyers to splurge on vacation homes and families to trade in city living for the suburbs. It has also fueled demand among first-time home buyers and investors, lifting the bottom end of the housing market in particular.

While prices in many low-cost areas remain far below national averages, some worry that the price appreciation either won’t last or won’t reach the residents who stand to benefit most. The rising prices could also lock some families out of homeownership, especially young people and first-time buyers.

U.S. home-price growth over the past threeyears by price tierSource: CoreLogicNote: Shows change from Q1 2018 to Q1 2021. Tiersbased on median level of each ZIP Code in Q1 2018.

It is unclear if the recent rise “is a sign of upward and sustainable wealth accumulation for low-income and minority households,” said Karen Petrou, author of “Engine of Inequality: The Fed and the Future of Wealth in America.” “I think the data is at best equivocal on that point.”

James Jordan Jr., a general contractor, browsed Zillow Group Inc. listings last year across his hometown of Youngstown, Ohio. He was looking for a fixer-upper that he could rehab and flip but scoffed at listing prices of between $30,000 and $40,000 for homes in bad shape. (Zillow pegged the typical home value in Youngstown at just over $38,000 in April, a 26% rise from a year earlier.)

Mr. Jordan, outside his home in Youngstown last month, bought the property from a local land bank after scoffing at more expensive houses.

Instead, he turned to the Mahoning County Land Bank, which manages and sells vacant properties in town to those willing to fix them up. He spent $3,000 in September for a house in a rundown neighborhood east of downtown, where the other properties on the block were largely vacant. The only neighbor died soon after he bought the house.

But it was a four-bedroom house on a corner lot. He redid the plumbing and got rid of the mold. He pulled out the old carpets and painted the walls, all of which he estimates cost him about $5,000. With the house in better shape, he changed his mind about flipping it and decided to move in. He is selling his other house on the city’s north side, which is more centrally located, reasoning that he can get more money for it. “My decision was more economic,” he said.

Buyers in Youngstown tend to be a mix of locals looking to upsize and downsize, as well as investors, including those from out of state, according to Debora Flora, the Mahoning County Land Bank’s executive director.

Because the homes still go for prices that are considered low by national standards, mortgages and construction loans typically are tough to get. Homes that require tens of thousands of dollars in rehab costs typically end up in the hands of investors who have the cash for renovations, Ms. Flora said.

Often, an investment in this price range means sinking more money into buying and fixing up a property than it can ultimately fetch upon sale. At Youngstown Neighborhood Development Corp., a nonprofit that rehabs properties and focuses on neighborhood revitalization, the price increases lessen the risk of this pitfall.

“We’re seeing an opportunity for homes to get investment because they actually have real value,” said Tiffany Sokol, the organization’s housing director.

Rising demand has pushed up home prices in Youngstown by 26% in the 12 months through April.

The cheapest third of homes increased in value faster than the rest of the market in the past few years, according to data from Zillow. Growth in these home values kept increasing in 2020, in contrast with the housing boom from the mid-2000s, when they lagged behind the market.

In Detroit’s cheapest ZIP Code, where the median sales price was $45,500 in early 2018, prices have since risen 113%, according to CoreLogic. That is far more than any other ZIP Code in the city.

How is the housing market changing in your community? Join the conversation below.

That is leading to shifts across Detroit, which has thousands of vacant properties in poor condition. The Detroit Land Bank Authority, which manages these homes, sold 1,091 of them in the first three months of the year, more than double that of a year earlier. Increased demand has prompted the land bank to scrap plans to demolish about 300 houses, according to Rob Linn, director of inventory.

Home values across Detroit rose 24% in the 12 months through April, according to Zillow. That has made it tougher for some potential buyers to find affordable homes.

Tekeela Daniels, a specialist at a Stellantis NV manufacturing plant, started working with a real-estate agent in November to find a house. But all of the houses were either in undesirable neighborhoods or were too small for her, her two teenagers and dog and cat.

“The good houses are instantly gone,” she said. “It’s hard out here getting a house.”

She has been outbid on land-bank properties a handful of times in recent months. Homes on auction typically start at $1,000, but Ms. Daniels has lost out to bidders offering tens of thousands of dollars, she said.

How Mortgages Work in the U.S.

The U.S. mortgage market involves some key players that play important roles in the process. Here’s what investors should understand and what risks they take when investing in the industry. WSJ’s Telis Demos explains. Photo: Martin Barraud/Getty Images

In some cases, rising prices might also squeeze investors looking to fix up properties to sell. Lisa N. Evans and Jason Young, business partners in Cleveland, have fixed up and sold more than a dozen houses in Ohio, according to Ms. Evans.

The prices that buyers are paying have gone up, and so have material costs. That is eating into their profit margins. Recently, they lost out on purchases in Cleveland, so they have shifted their focus to Youngstown, which is cheaper, she said.

Borrowers rush to refinance, as mortgage rates drop for a second week

Millennials Will Drive Home Prices Up for Years to Come 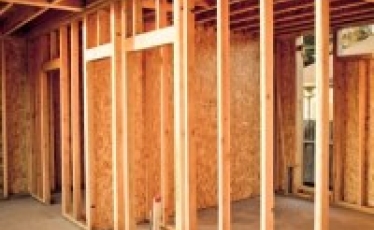 Total housing starts rose 18.6% in January to a seasonally adjusted annual rate of 1.23 million units from a downwardly revised reading… 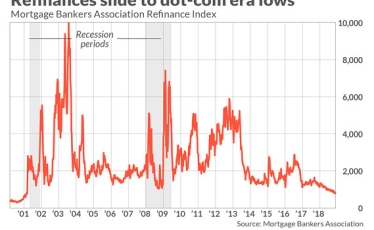 Mortgage rates hold near recent lows, a lonely bit of good news for the housing market

Rates for home loans held near two-month lows in…

10 years later: How the housing market has changed since the crash